Elza Mayhew was a sculptor based out of Victoria, BC who died in 2004. I have been looking at her work for several years, alongside several modernist jewellers whose work inspired many of my Plastic Brutalism works.

Mayhew was well known for working on a literally monumental scale -she has huge works across the country in outdoor sculpture parks and the grounds of universities and public buildings- but she also made smaller sculptures, and a series of table-top sized pieces as well. She made most of her models for bronze casting by sculpting styrofoam with hot tools, and ended up developing a deteriorating dementia from the fumes from the burning styrofoam. I have been thinking a lot about her work and life in relationship to petro-plastics, and about all of the tensions in our lives generally between what mass-produced plastic gives to us and what it takes away.

Mayhew pioneered this particular technique of carving expanded polystyrene and her sculptures have a sensibility that is very recognizable, and specific to her and at the same time this technique and its health hazards rendered her unable to continue making work at all.

I based some of the Scrap Figures directly on Mayhew’s sculptures but for the most part I used her aesthetic and formal sensibility in a more general way. There is something about her sculptures that align formally with the bronze-cast beach plastic pieces; a kind of classic modernity that uses the shapes of mass-production but that simultaneously feels both worn and ancient. The surfaces of Mayhew’s works have a lot of texture and depth to them, which is really similar to the way the bronze beach plastic surfaces look and feel because they’ve been worn down by the sea and sand.

To me, Mayhew’s sculptures have an archaeological quality to them, blending aspects of things like neolithic objects, ancient obelisks, medieval relics, Etruscan metallurgy. And because of the incredible diversity of shapes and forms of mass produced garbage, I could really enjoy digging around and finding plastic scraps in my workshop that could echo these qualities, that could maybe resonate on the same frequencies and operate adjacent to Mayhew’s bronzes while also interrogating ideas about production, waste, distribution and consumption.

There is also something really pleasing to me about creating these figures, these characters whose personalities were built out of the effluvia of contemporary culture – many of the scraps have embossed text or branding, and there are several plastic shapes that I had multiples of, even though I didn’t necessarily know where they had originally come from or what their function was, but which visually tie some of the sculptures together. Some of the pieces used in the Ex-situ series were also represented in these sculptures, usually fragmented or unrecognisably worn, but which still established a visual relationship between the two works. 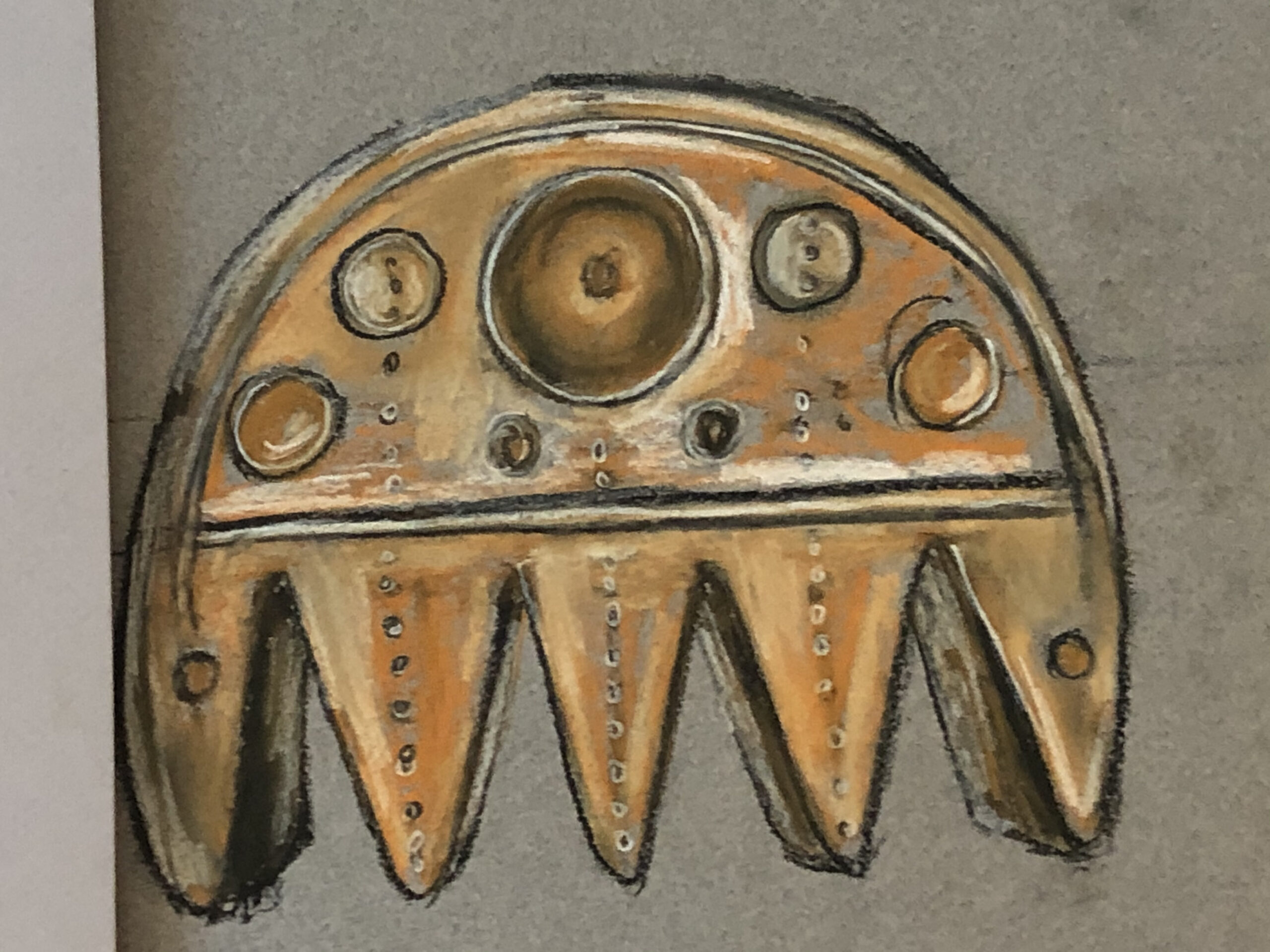